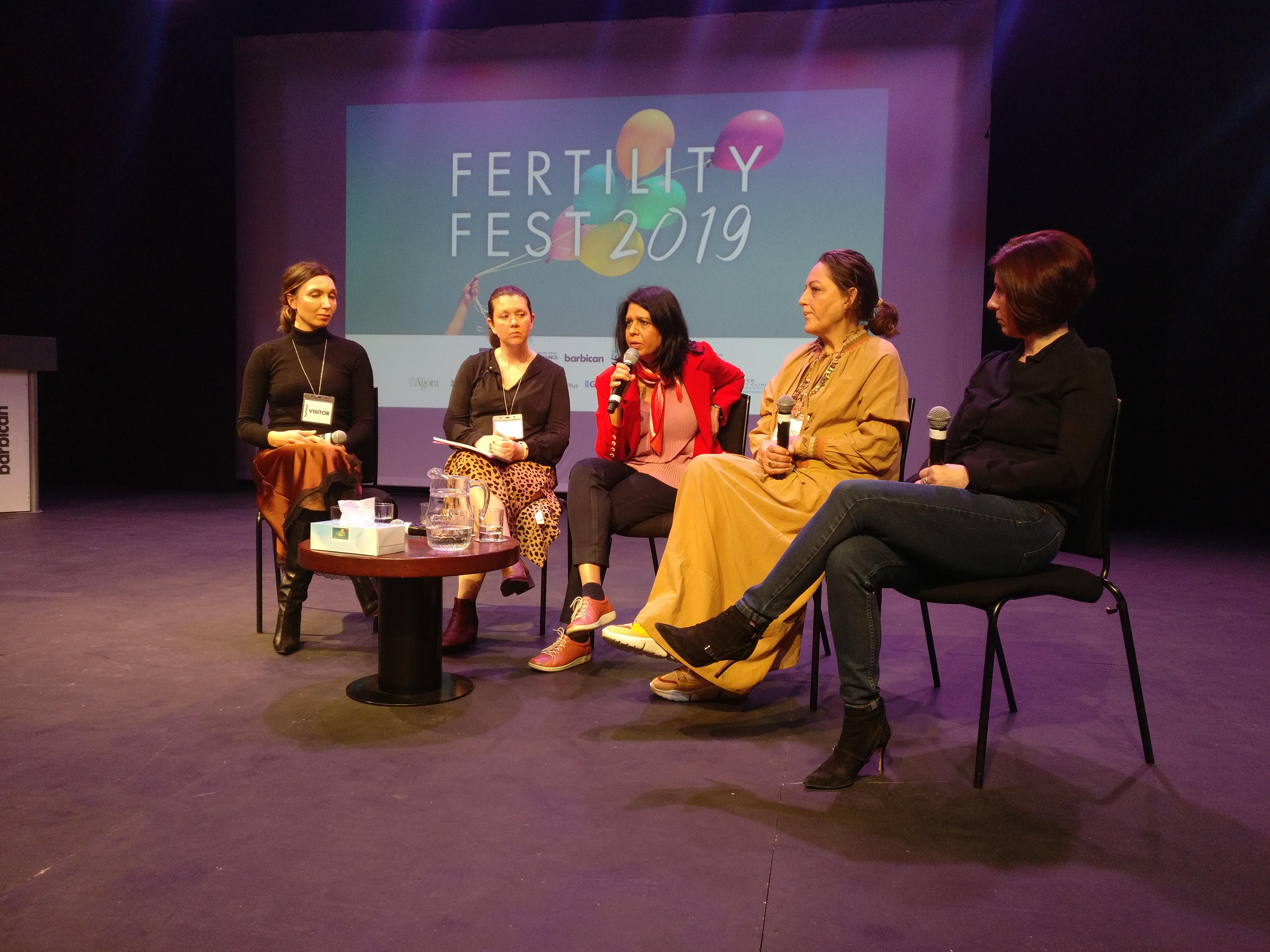 How patients feel about their experience in their fertility clinic

Patient Feedback On The Emotional Support They Received In Their Clinic

I’m just on the way home from the Big Festival Day at the Fertility Fest, and I feel quite emotional.

Partly due to the deep rooted emotions being stirred up after my own personal infertility and IVF experience, partly due to the heartbreaking stories I’ve heard and watched today, and partly because it’s been brilliant to hear from all the amazing medical staff, organisations and support professionals that are so dedicated to helping people to have families and supporting them through whatever their outcome looks like.

What an amazing line up that has been organised for the entire festival, and today was a full day of emotional personal stories mixed with the advice from the experts on ways to cope with what we are going through and the science of making babies (exactly what the Fertility Fest aims to achieve).

There have been so many takeaways for me that will help me in how I support patients and clinics, but also wider issues that we as a Fertility Support Community need to address and raise awareness of.

A thing that stood out to me from all the sessions I attended today was the issue of balancing hope vs reality.

At what point is it morally right to allow patients to continue with treatment when their chances of success are minimal. But should we crush their hope if they are trying to stay positive. Hope vs Reality.

This came up in all the sessions (and also in the play Avalanche), around reporting accurate success rates for patient’s specific age/medical circumstance, and clinics allowing patients to continue with their own eggs even though their chances of success are unlikely.

This is such a tricky area, and one that even the consultants, psychologists and other experts struggled to answer.

I think there is a duty to patients to record accurate chances of success, and to have the difficult conversations, but after that it is the decision of the patient if they want to continue. They need to be allowed to make informed decisions based on all the facts.

There were questions around genetic testing and why it isn’t widely offered.

The consultants talked about how this was a tricky area for them. Do they have a duty of care to inform patients about every test available so they can make an informed decision, but they are restricted in what they offer and genetic testing hasn’t revolutionised IVF like they thought it would. There is also the risk that by doing genetic testing the embryos may not survive the freeze/thaw process and it can reduce the quality of the embryo – so is it better to just transfer it straight back in. The fact that they are still not sure shows that IVF is still a new technology and there isn’t a clear cut answer for a lot of the different options.

There was a session on ‘When ART doesn’t work’ which was an extremely emotional session and highlighted some really great ways of thinking….

‘Making something gives you a sense of achievement, after IVF makes you feel like a failure’. This was echoed by lots of attendees - that it’s not just babies that you can give birth to – you can create plays, art, music, knitted blankets. Having a baby doesn’t define your worth, you can achieve and be successful in so many ways.

It was also clear that art gives a really good way of expressing the emotions that you may otherwise struggle to express.

Jack Boivin said “Art helps us express in-depth psychological emotions that we can’t get across in paperwork”, and lots of the attendees agreed that art (in many forms) had been a great coping mechanism for them. 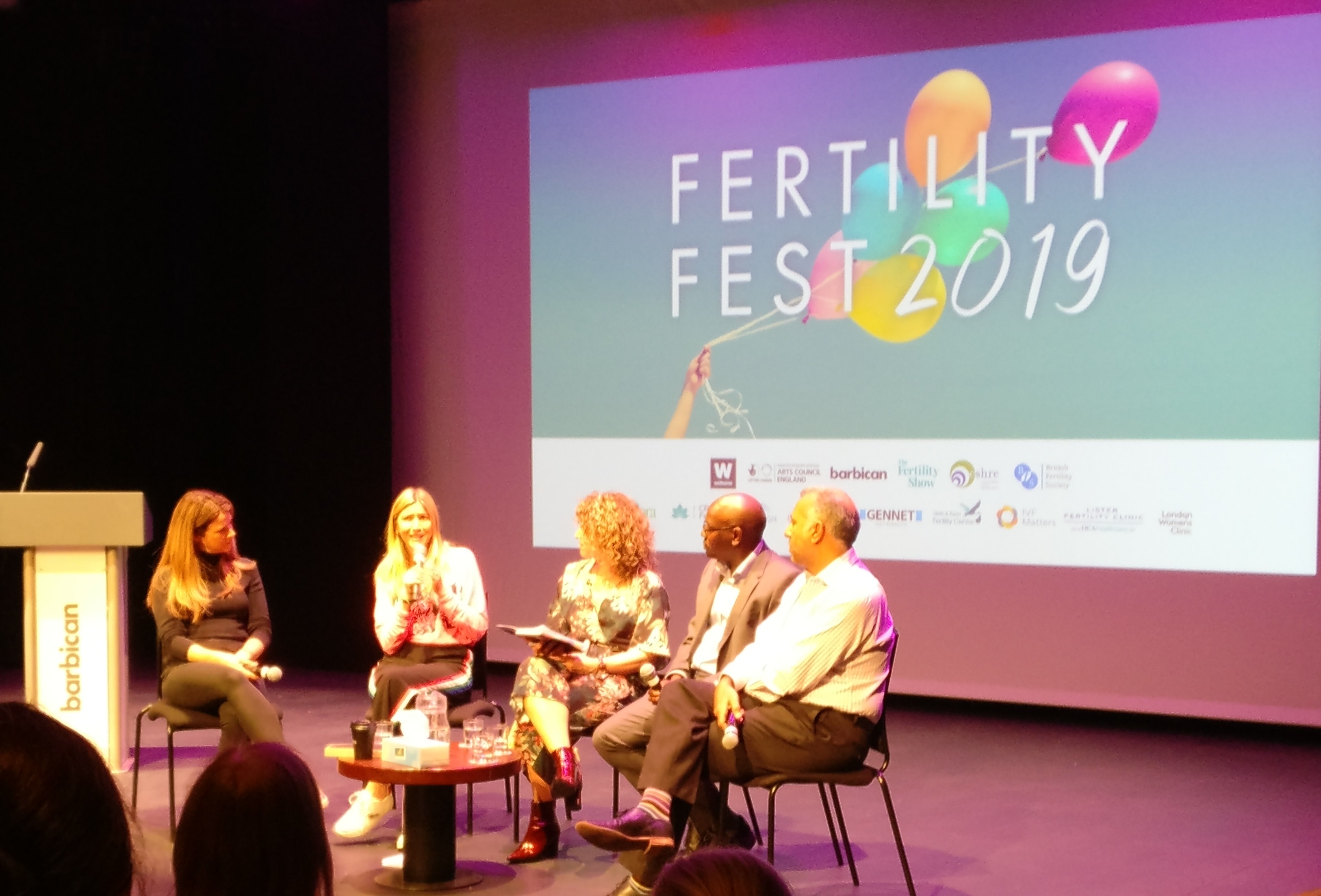 There were some real stand out comments for me:

Lisa Faulkner very bravely spoke about her own personal journey and her decision to stop IVF and consider other routes to parenthood. She vividly remembers the moment she made that decision when her doctor said to her ‘I can do everything, but I can’t do the magic inside you’.

David Ogutu from Herts and Essex Fertility said ‘It’s important to the right assessment on your fertility earlier/in good time to improve the outcome’. This view was echoed by Prof Geeta Nargund on Sunday, that getting a correct assessment of your fertility as early as possibly in your journey is key in improving your chances of success.

Izzy Judd was talking about how she coped whilst going through treatment, and how some of the comments made to her about relaxing were really hard as they made her feel like it was her fault. She said that she has always been quite an anxious person and that she had to accept that was how she coped. She said “One of the amazing things about infertility is what we can learn about ourselves. It’s about acceptance of who we are.”

James Nicopoullos from Lister Fertility made a great point that he often tells patients when they are feeling like implantation failure is their fault.

“Women’s wombs have an in-built control system – if an embryo doesn’t implant its because your womb has done the right thing as it wasn’t genetically viable. It shows there is nothing you could have done to improve the chances, it is your body protecting itself from further harm, so you can’t beat yourself up about it. It is the same with miscarriages”

I know when you have just had a failed cycle this doesn’t make it any easier, but it will hopefully help the guilt that you have done something to cause it.

Dr Vidya Seshadri made a great point that the Hippocratic oath states ‘First do no harm’ and that she finds the next part equally important… “Cure sometimes, treat often, comfort, care and humility always’, which I think is a brilliant way to think about it, putting the focus on emotional support in all points of contact.

There was also the UK premier of a film by Irina Vidar, ‘Anything you lose’.

It was a heartbreaking documentary of her personal story, following Irina and her husband through their journey of surrogacy and IVF. In places the treatment she received in the US was shocking compared to UK standards, and we were all left astonished at the lack of empathy shown by nursing staff when delivering her negative results to her.

It is an incredibly brave documentation on the gruelling process of infertility and treatment – physically and emotionally, leaving many of us in tears. It is a brilliant film for highlighting what it is truly like to go through IVF treatment in different ways and the impact it can have on relationships.

There was a discussion afterwards on how she felt at certain points of her journey, and about how the UK is so much more regulated and how there is now a huge focus on emotional care which is very much needed.

There were some brilliant Fight Club sessions (unfortunately I missed a couple but will be catching up at a later date)….

- The brilliant Michael and Wes from Two Daddies talked about some of the ignorant, inappropriate and blatantly rude questions they have been asked about their daughter conceived through surrogacy and egg donation. It highlighted the need for education and raising awareness of different family units and the language used – with health care professionals in particular. Something that Two Daddies are working hard to change. Their video of their adorable daughter at the end talking about her family structure highlighted how normal it should be seen as.

- Next up was the equally brilliant Susan Bewley talking about the abuse of ART, that we need to be protecting patients, putting their needs first and being more transparent with treatment and results.

I was also honoured to be asked to be a Fertility Fest Hero on the Trying to Conceive day. Another really great day full of shared personal stories, helpful medical advice and support.

Some great conversations around the impact of stress on fertility, with different approaches and views on the impact, but agreement on the fact that fertility treatment is stressful and anything that can reduce that stress while going through treatment is beneficial to the patient.

There was a really poignant moment when teacher and artist Jon Barker showed his family tree represented by blue tack models – it was sad to see the tiny dots representing the embryos that didn’t take, and heartbreaking to see the tiny blue tack foetuses that represent the miscarriages they have suffered. It is important to acknowledge that they all mattered, and they are important in our story. Every one of those lines on our family tree changes who we are, how we feel and the support we need. It made me think of my own embryo that didn’t take, an additional line on my family tree that thankfully has the two names of my precious children.

It was such an inclusive event, supporting all routes to parenthood and family structures, those who are living a life without children, the male perspective, miscarriage and parenting after IVF. “Whoever you are, whatever your fertility story, there’s something in Fertility Fest for you!“

The Fertility Fest again highlighted the huge importance of support when struggling to conceive and going through fertility treatment. It reinforced the need for a range of support because one size doesn’t fit all patients, and there have been so many examples of different experiences and different levels and types of support needed.

It also highlighted brilliantly that there is a huge network of people working to improve the experience of fertility treatment – the amazing medical staff, holistic therapists, the artists raising awareness of infertility to reduce the taboo, the support services and a wide range of other amazing people that are passionate about helping.

Well done to all the Fertility Fest Team and everyone else involved, brilliant effort, your hard work will have made such a difference to those that have attended. 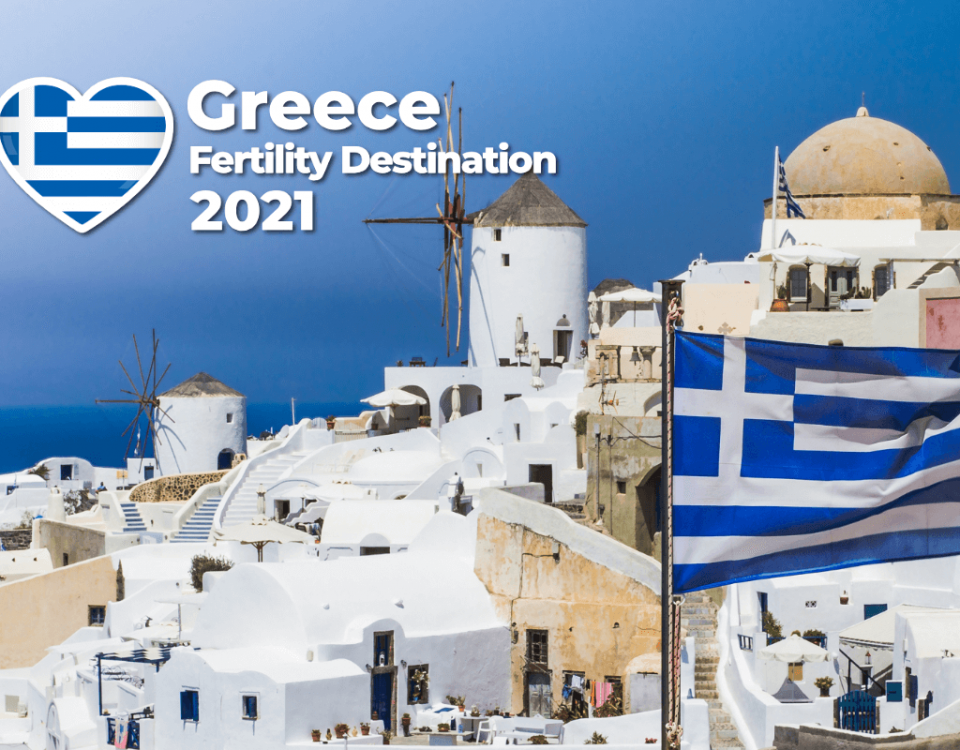 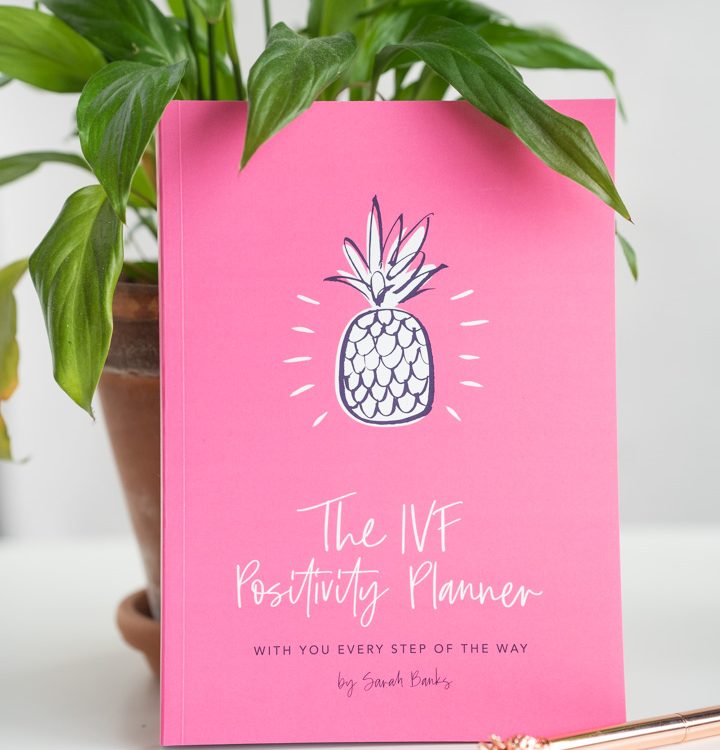 How Can The IVF Positivity Planner Help You? 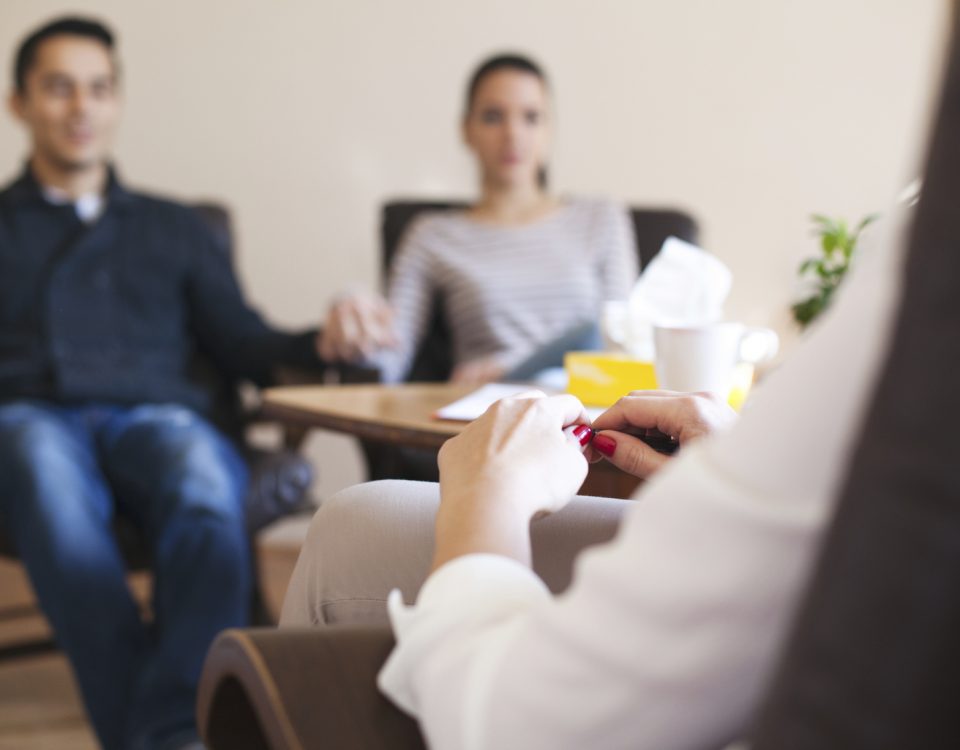